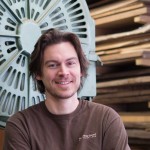 Today we chat with hard-working perfectionist, introvert, Konrad Sauer about what makes up the fabric of his creative, just-give-it-a-try, life. There are no excuses for this guy. We examine topics as diverse as growing up in a Mennonite community, who his biggest influences were and why, the role of parents, furniture building, and what is behind the good fortune of his long-term marriage. Finally, we discuss transitioning a hobby to a full time successful business and the beautiful blurred lines between his business, and personal, relationships. An interesting life? Come and find out for yourself. 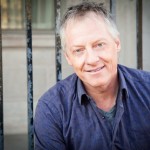 What path does your career take when your earliest childhood memory is of a piano being moved? A piano player of course! In this episode we talk with world traveller Mark Willms, about being on the road with bands and pop stars, as well as solo adventuring to locales such as Tokyo, Dubai, Seoul and Switzerland. The discussion runs the gamut from his brother’s suicide to living in a nudist camp to putting out his first solo album after playing in bands for decades. And wait until you hear about hanging with the great Bill Murray. Another revealing conversation. 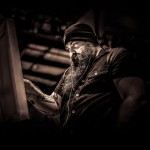 They call him “Raflar The Wanderer” and we discover why in this week’s episode. This gentle giant chats with us about growing up in the bar scene, bouncing, DJing, and the cautious tale of where his tattoo came from. Ralf gets into the details of fantasy role-playing and why he calls himself an extroverted-introvert. We chat about trance music, prog-rock, web design, and how recharging in the outdoors informs his artwork. Will he be remembered as an honorable, creative person who loves to make people smile? Come for a listen and you decide. 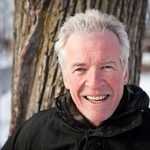