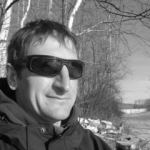 This is an episode we have chosen to re-release. We decided to pull it down last year after we originally put it out because of a controversy surrounding this particular guest. He was involved in a car accident that caused the death of a woman not long after we recorded his interview. At the time we pulled it out of respect for all involved, but as you will hear in the introduction to the podcast, there was a push to get it back up online from a friend of the family of the woman, and Jeff himself. We still resisted, as we were not interested in gaining an audience in that way. However, after a great deal of thought we have decided to release it once again. If we are to be true to the essence of this podcast, life stories rarely come in black and white. It is the grey where we mostly live.